Below is a sample of the page including the character 火 (화). 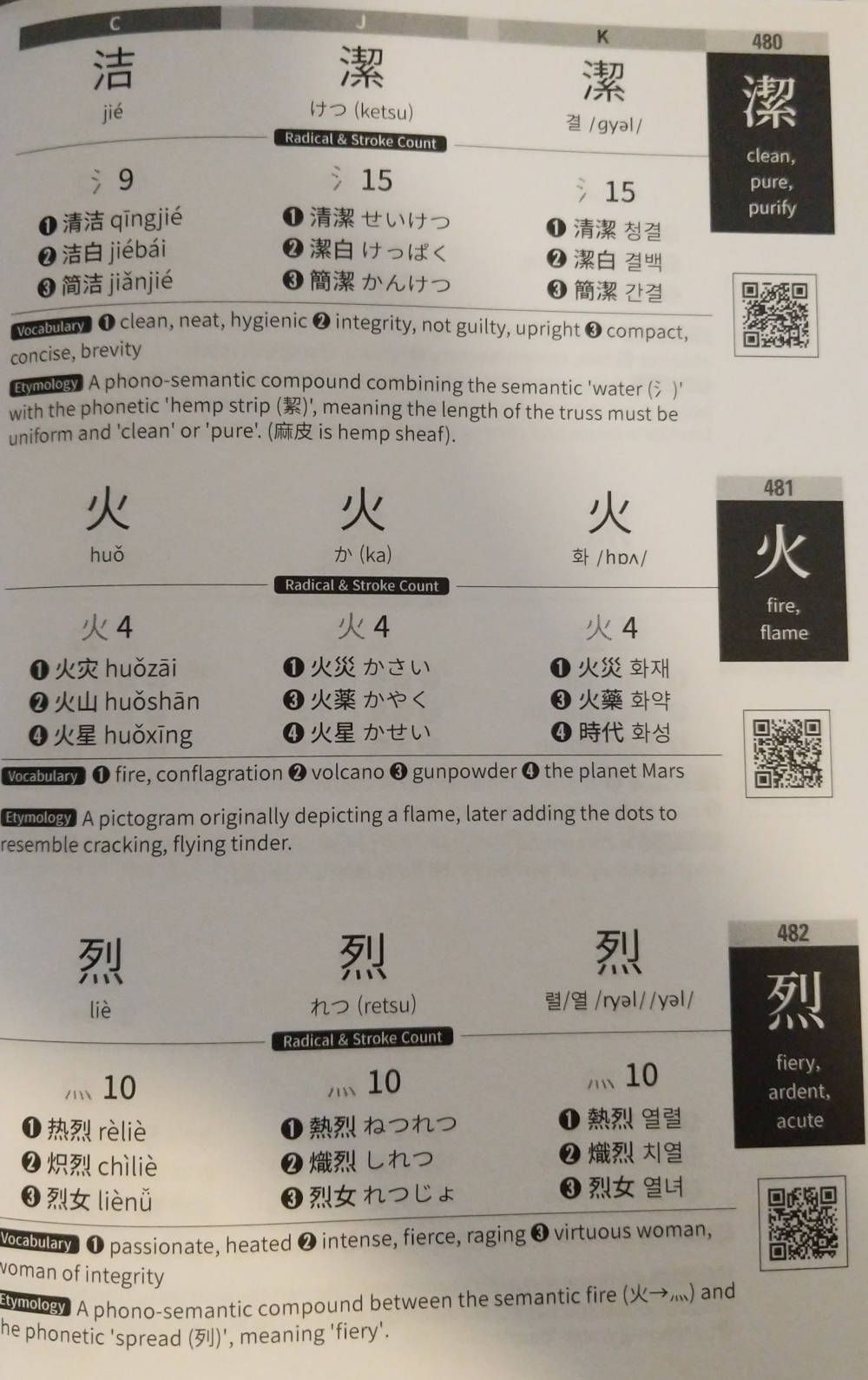 This book is a good buy for advanced learners of Korean who want to take their skills one step further, or for Korean learners coming from another East Asian language.